“This is a great example of C-PACE as a creative capital solution,” stated Adam Lipkin, Managing Director for CounterpointeSRE. “Yes, we’re supporting energy efficiency and resiliency, but the key is that we are able to move this project towards the finish line by bringing the total leverage to nearly 75%, and we’re doing that while the project is mid-construction.”

At completion, the Poway Outpost will consist of a mixed-use community with three buildings containing approximately 50,000 of net rentable residential space and 44,000 of retail space. The PACE-qualifying elements of the new construction project include seismic resiliency, HVAC, LED lighting, water conservation, and building envelope measures.

The inclusion of resiliency project elements in PACE policies generally expands the capacity for PACE in developers’ capital stacks. In this instance, California’s program administered by the CSCDA, provides for seismic strengthening, which represented approximately $8 million of the PACE value. CounterpointeSRE similarly provided $14.5 million in financing for a Los Angeles mixed-use multifamily in April and has financed dozens of seismic retrofits in the San Francisco market. 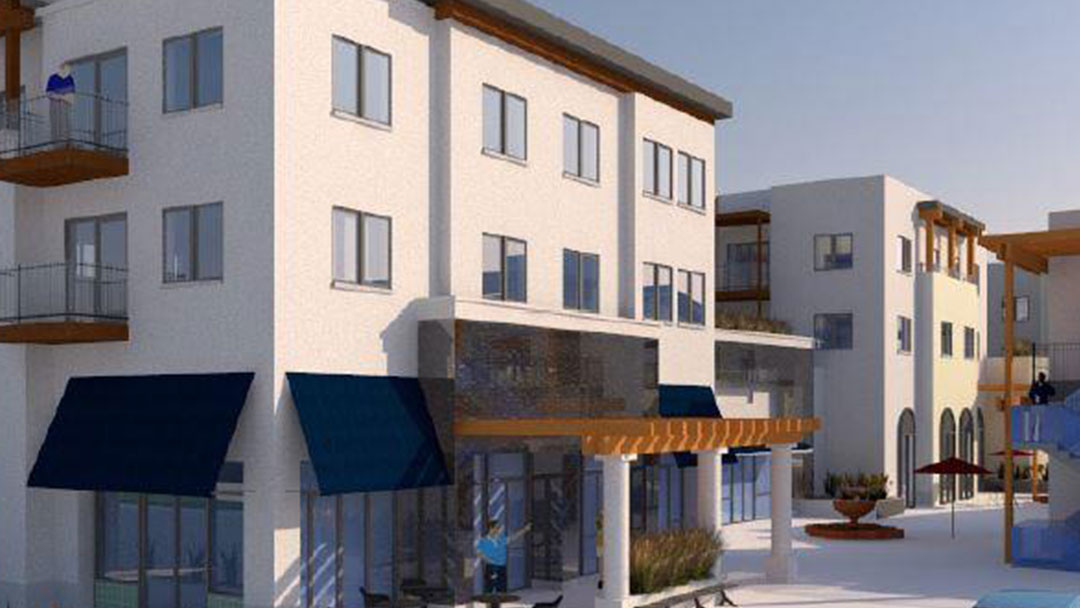 What is PACE financing:

PACE financing makes it possible for owners and developers of commercial properties to obtain low-cost, long-term financing for energy efficiency, sustainability and renewable energy infrastructure deployed in new or existing buildings. The program, available in more than 20 states and several cities, is based on legislation that classifies energy efficient and/or renewable upgrades as well as above-code new installations as a public benefit. These “green” infrastructure elements and associated soft costs (permitting, structural support, etc.) can be financed with no money down and are repaid through the property tax bill over a term that matches the useful life of improvements (often as long as 20-25 years). 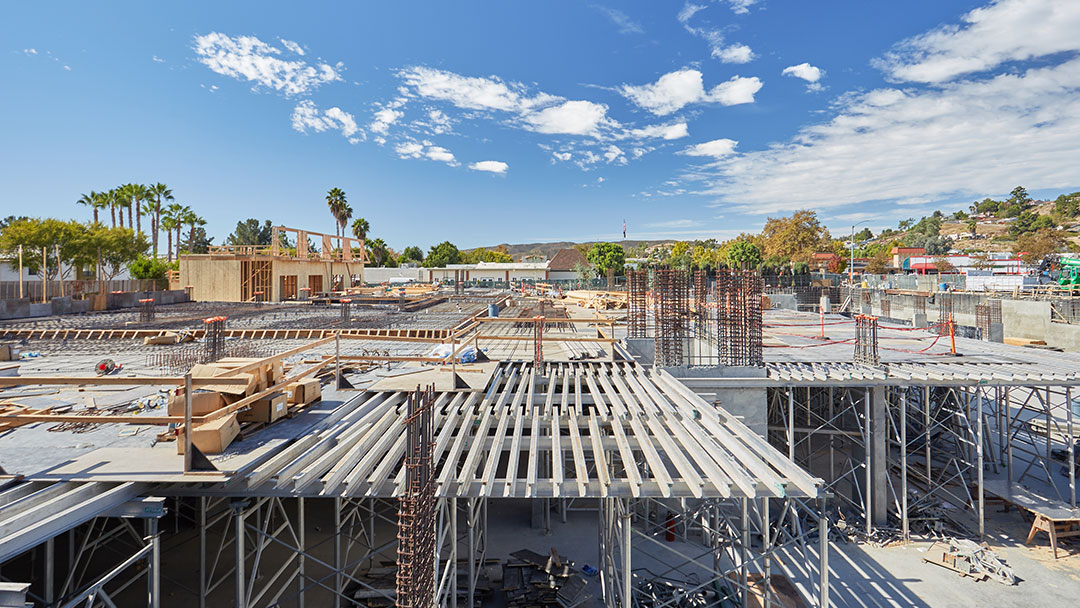 Samantha Ortiz is a Servicing Analyst for Counterpointe Energy Solutions. At the firm, she supports and services clients’ accounts by anticipating their needs while maintaining and upholding the company standards. Prior to joining Counterpointe Energy Solutions, Ms. Ortiz has held positions in payroll, accounting, and finance. Her diverse background and knowledge allow for a positive contribution in the firm. Samantha graduated from Manchester Community College, earning an Associates in Business Administration, with future aspirations to pursue a bachelor’s in finance.

Adam Moskowitz directs marketing & communications for CounterpointeSRE as well as Counterpointe Energy Solutions (CES) and its affiliated firms, including Chicago PACE.  At CounterpointeSRE he supports brand and business development across digital, social and traditional communication platforms, including earned media. Prior to joining CounterpointeSRE, Moskowitz led the marketing efforts of Greenworks Lending. Growing new products and brands in the financial services industry is an area of expertise for Mr. Moskowitz. He has twice been a founding team member of commercial banks, which respectively amassed $5.4 billion (Nasdaq: SBNY) and $400 million (NYSE: HNB) in assets during his tenure as marketing lead.

Chris Sanfilippo is a Senior Investment Analyst at the firm, specializing in real estate underwriting, title analysis and legal compliance. With over 5 years of title and real estate experience, he focuses mainly on analyzing and processing commercial PACE transactions. Prior to joining Counterpointe in 2017, Chris held several paralegal positions including Corporate Litigation Paralegal at Dewey Pegno & Kramarsky LLP. Chris received a Bachelor of Science in Business Administration with a concentration in finance, as well as a paralegal certification from Marist College.

Bernard Bartolome brings more than 20 years of financial and business process management experience. He has spent years in the residential lending arenas of Processing, Underwriting, Servicing, and Insuring. Bernard achieved his firsthand experience in process optimization while spearheading the design and implementation of standard operating procedures, streamlining processes through development of operational and business policies and automation of processes at Digital Risk from 2007 until 2015.

AJ Grocki is Director of Accounting Operations for CounterpointeSRE. His responsibilities include managing the Company’s accounting and financial reporting activities. Prior to joining Counterpointe, he worked in the Audit & Assurance practice at Deloitte LLP and primarily focused on public energy and private consumer business clients. Mr. Grocki is a graduate of the University of Connecticut where he received a Bachelor of Science degree from the School of Business.

Adam Lipkin is an Executive Director with Counterpointe Sustainable Real Estate, a Hannon Armstrong partner (NYSE: HASI). Mr. Lipkin is a native South Floridian and has worked in the South Florida community as a commercial real estate finance professional for the last 14 years.  Prior to joining Counterpointe Sustainable Real Estate, Mr. Lipkin was a Production Officer at Grandbridge, a national real estate financing platform. Mr. Lipkin also worked with Holliday Fenoglio Fowler (HFF), where he helped arrange more than $1.5 billion in financing as part of the firm’s top-producing debt team in the nation in 2005-2006. Earlier in his career, Mr. Lipkin worked in acquisitions at LNR Property and in the New York-based Real Estate Advisory practice of Ernst & Young. Mr. Lipkin received a Master of Accounting and Bachelor of Science in Accounting from the University of Florida.

Terry Stark is an Executive Director and is responsible for business development and origination.  Located in Southwest Florida, Terry brings an extensive financial background to the PACE team. Terry previously spent over 15 years with PNC Bank in the St. Louis, MO market running the Business Banking division in St. Louis and Southern Illinois. Terry also worked with the City of St. Louis on the creation of their Property Assessed Clean Energy program. His drive helped the program come to life with PNC Bank as the lender.  After relocating to the Ft. Myers market in SW Florida, he continues to open doors to new markets and new opportunities for PACE to shine whether a client is doing a retrofit or new construction project.

CJ DeSantis is responsible for establishing new partnerships with cities and counties and managing existing relationships with participating PACE municipalities. Prior to CES, CJ was a Managing Director in Deutsche Bank’s CRE Group where he managed relationships with conduit originators, federal agencies and financial institutions helping them liquidate their bad real estate.

Devesh Nirmul is a leader within the energy, sustainability and resiliency space with demonstrated experience in government and public policy, residential and commercial real estate/property management and sustainability-focused non-profit organizations. He works on expanding the PACE Market in Florida, creating value-driven financing solutions for commercial building ownerships and their trusted advisors and engages relevant non-profit organizations on the strategic use of PACE financing to accelerate the uptake of energy and resiliency investments amongst private building owners. Devesh brings a mix of science, policy, and strategy to the firm and sustains his effectiveness by maintaining globally recognized industry credentials. He is an accredited LEED AP, a Certified Energy Manager (CEM) and a Certified Sustainable Development Professional (CSDP).

Martin R. Nunnally is an experienced commercial real estate professional with a diverse background in equity, debt, CMBS, development, and sustainable real estate transaction analysis. Prior to joining Counterpointe SRE, he has held roles as a bridge loan underwriter, Associate Director at Fitch Ratings, and Investment Analyst at Prudential evaluating single assets and portfolios valued in excess of $100 million and $1 billion, respectively. As a Senior Underwriter at the firm he screens new financing opportunities while managing transaction risks, valuations, pricing, deal structuring, and negotiations. Mr. Nunnally earned an MBA from the Johnson Graduate School of Management at Cornell University, a BA in Economics from Morehouse College, and is a LEED Accredited Professional (LEED AP Homes).

Mary-Stuart Freydberg serves as Head of ESG Research and Executive Director, Retrofit Transactions at Counterpointe Sustainable Real Estate, where she focuses on efficiency and renewable investments to upgrade commercial properties. Prior to CounterpointeSRE, Ms. Freydberg  was Senior Director at Merrill Lynch CMBS Research where she advised the originators, trading desk and institutional investors on North American Real Estate. While at Fitch IBCA, she published extensively and headed CMBS research while rating both domestic and international transactions.  Mary-Stuart brings extensive construction loan experience as well as underwriting experience from her time at J.E. Roberts Co., an Archon Group Joint Venture with Goldman Sachs.

Christopher Kane is an Executive Director and is responsible for business development and origination.  Based out of Chicago, Chris provides PACE financing nationwide for sustainability and resiliency projects to owners and operators of commercial real estate.  With years of experience in commercial real estate and structured transactions and an owner-centric mindset, deals are easy to complete and economically accretive on every deal.  Prior to joining HASRE, Mr. Kane originated structured real estate transactions (sale leasebacks, bifurcations, ground leases, credit tenant leases) as a broker in CBRE’s Corporate Capital Markets group.  Successfully blending business development, finance, tax, and accounting domains to produce excellent results for clients.  Previous to that, Chris was a commercial real estate appraiser at CBRE, focused on consulting and valuation assignments involving energy, healthcare, and infrastructure-related property types.

Taimur Jamil is a Managing Director at the firm. Prior to Counterpointe SRE he was at Spruce Finance, a consumer lending platform for energy efficiency financing, where he helped develop and launch its residential PACE program, and was later appointed to manage the firm’s credit policy. Prior to Spruce, he was the head of capital markets and asset management at Sol-Wind (later SPI Energy), a renewable energy YieldCo, and before that he was a partner at CounterPointe Capital Management, a $250 million credit fund that invested in delinquent tax liens. Mr. Jamil has also spent time at Merrill Lynch in its principal finance group and at Moody’s Investors Service, where he was the lead analyst for esoteric assets. Mr. Jamil started his career as a software engineer at Cambridge Technology Partners. Mr. Jamil has an MBA in Finance and Strategic Management from the University of Chicago, a ME in Engineering Management from Dartmouth College, and a BS in Electrical Engineering from Northeastern University.

Prior to focusing on sustainable energy finance, Dr. Pitale was an Assistant Professor of Surgery and Otolaryngology at Albert Einstein College of Medicine in New York. Dr. Pitale also was a post-doctoral research fellow, in the Laboratory of Clinical Investigation, National Institute of Allergy and Infectious Diseases and a surgeon in the Critical Care Medical Department at the National Institutes for Health in Bethesda, MD. After receiving her medical degree from Temple University, Dr. Pitale completed her surgical residency at SUNY-Downstate and served as the Chief Resident at Georgetown University Hospital. Dr. Pitale holds a BS in chemistry from Juniata College in Pennsylvania. Dr. Pitale has authored a number of peer-reviewed research articles and surgical chapters in textbooks. Dr. Pitale’s background provides a unique perspective on the scientific and business needs of sustainable real estate markets.

Eric Alini is the Managing Partner of Counterpointe Energy Partners and its various subsidiaries including Counterpointe Sustainable Real Estate. Prior to founding the Counterpointe, Mr. Alini was responsible for the Merrill Lynch Global Principal Finance Group’s investing and risk management of over $21 Billion of alternative assets. Mr. Alini was a Managing Director at Merrill Lynch for 13 years and held a number of other senior positions in his career with Merrill Lynch including Head of CMBS trading, Head of International CMBS, and Head of Global Corporate Loan Portfolio Management. He also managed Merrill Lynch Bank USA’s portfolio of asset-backed securities. Mr. Alini is also a member of the board of PACE Nation and Urban Green, the USGBC chapter in New York City.